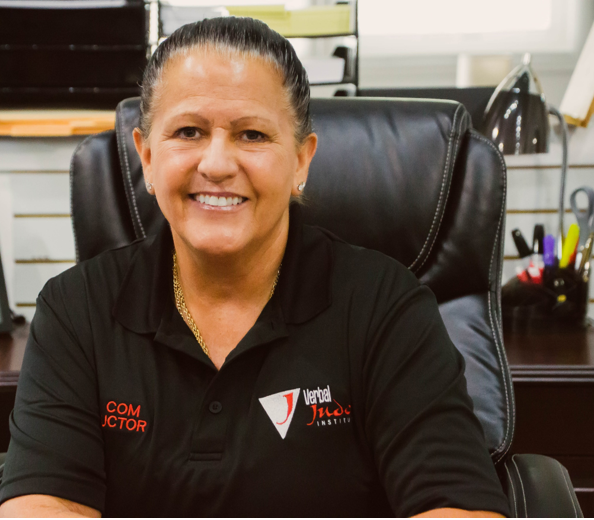 Pam Thompson is the CEO of The Verbal Judo Institute Inc. she is also the widow of Dr. Thompson and the mother of three wonderful boys, and three beautiful grandchildren. Pam has studied the martial arts for decades and became a forth black belt in Kenpo in 1983.  Mr. White from Costa Mesa, California was her instructor.  She has taught karate for many years to adults, and children before she married Dr. George Thompson in 1998.  In 2001 Pam and “Doc” had a beautiful son “Tommy” together.  Pam began working for Verbal Judo in 1999 as the office manager, and continues to work and support the legacy of her late husband’s work of The Verbal Judo Institute.