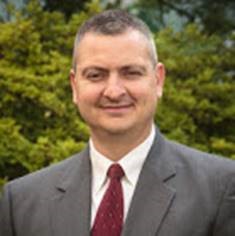 Mark has been teaching Verbal Judo since 1998.  He has strong ability to apply Verbal Judo concepts at an executive level and seamlessly across disciplines.  Focused on current and timely applications of Verbal Judo concepts, he brings an essence to the training in reverence of Doctor George Thompson, creator of Verbal Judo and the founder of the Verbal Judo Institute.  Mark served for over twenty years as an officer with the Morris County Sheriff’s Office in New Jersey.  He attained the rank of Captain before retirement.  He served in many supervisory roles as well as in various rank and file assignments which has enhanced his broad spectrum of experience. Mark has earned a master’s degree in Public Administration from Kean University graduating with distinction and is and Adjunct Professor at the County College of Morris teaching criminal justice related classes.  He serves as a Governor appointed commissioner on the Madison, NJ Housing Authority, volunteers as an Emergency Medical Technician for the Madison Volunteer Ambulance Corps, and is a member of the Complete Streets Committee for his hometown.  Mark is also a member of the B.P.O. Elks and Sons of Italy civic organizations.